Co-presentation by Rebecca Burgess and Destiny Kinal in April, 2012 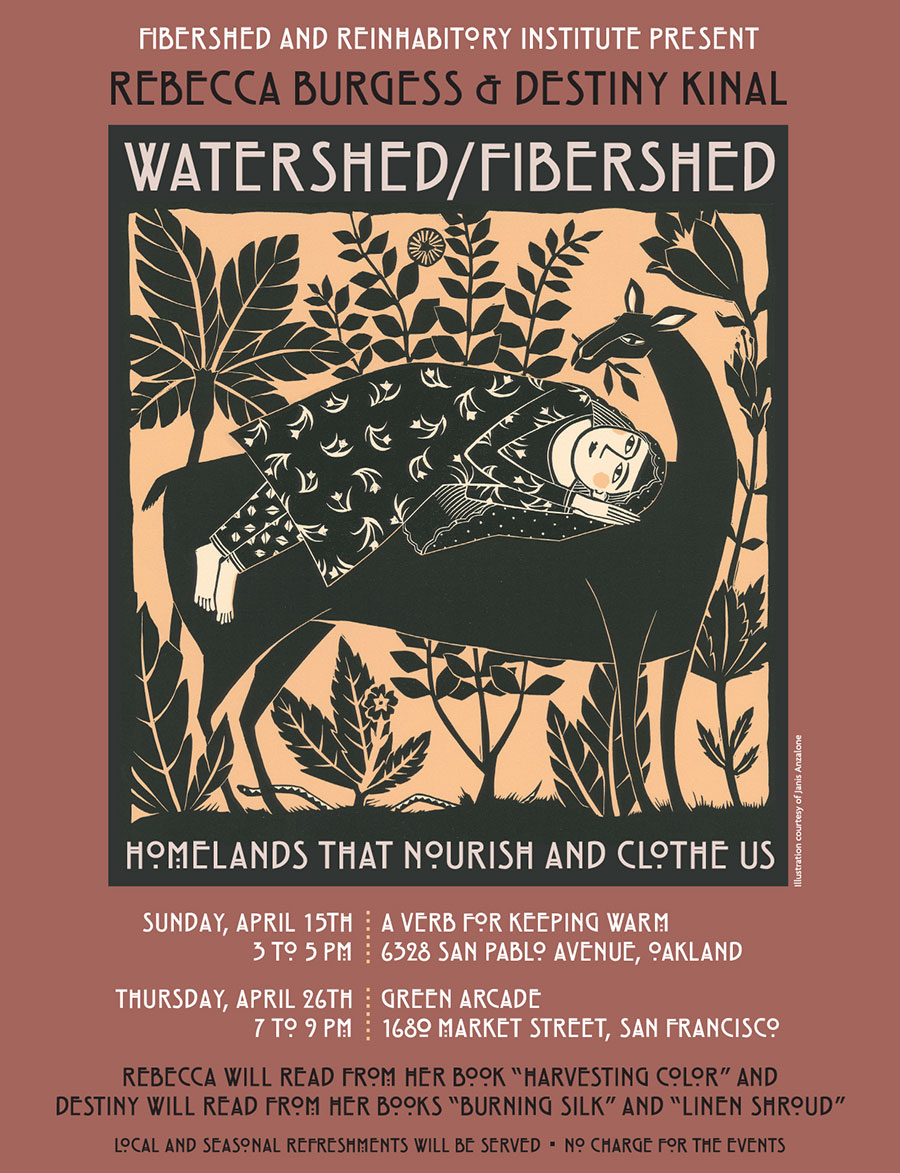 In April, 2012, the Fibershed project and our press hosted a cooperative event and reading on the subject of bioregionalism, fibershed, and appropriate technology. The events were held partnership with two stores, Green Arcade Bookstore in San Francisco, on April 26th and at A Verb for Keeping Warm, the fiber center in Oakland, on April 15 at 3pm.

Rebecca Burgess spoke about the Fibershed project she founded in West Marin; Destiny Kinal talked about The Third Wave of bioregionalism and the unique approach to community organizing that occurs in each discreet watershed. Both women observed that creating local capacity for fiber production and dyeing creates community in turn. Burgess sees Fibershed as a key organizing principle in creating commerce inside and outside of the community, part of a sustainable way of life.